The Zibo City Water Supply Company of Shandong Province found that there were 428 households in the community, and 361 households were unqualified.


Accounted for 84.3%, 29678 households in 91 new residential areas were tested for hydraulic pressure, and the initial inspection failure rate was 30.2%.

The main reason for the failure is that the PPR pipe has a large area of shrinkage and water leakage during construction. 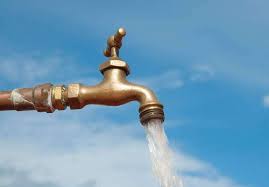 The PPR pipe has extremely high requirements on construction technology, and it is very prone to the hot melt shrinkage of the PPR pipe, and even the inner diameter of the pipe can be blocked.


Conventional water pressure experiments and appearance inspections cannot be found. After being put into use, there is often a phenomenon of insufficient

water pressure and partial water leakage in the user's home, which directly affects the residents' normal water use.


In addition to the diameter reduction, the PPR tube is easy to breed microorganisms and algae due to oxygen transmission and light transmission, resulting

in secondary pollution of tap water in the tube. However, due to its light weight and relatively low price, it is favored by developers.


Since the galvanized pipe was strictly prohibited in 2000, PPR pipes were widely used in new residential quarters.


Jiang Wenyuan, executive director of the China Society of Civil Engineering, said in an interview that the thin-walled stainless steel pipe is beautiful and durable,

with a life expectancy of more than 50 years, and good hygienic performance, which can effectively guarantee the water quality. The cost-effective products

have been widely used in large cities such as Shanghai and Guangzhou, and should be recommended in the city.


At the same time, he also said that compared with the commonly used PPR pipes, the cost of thin-walled stainless steel pipes is relatively high, but

because it is only used indoors, the average family is within the acceptable range.